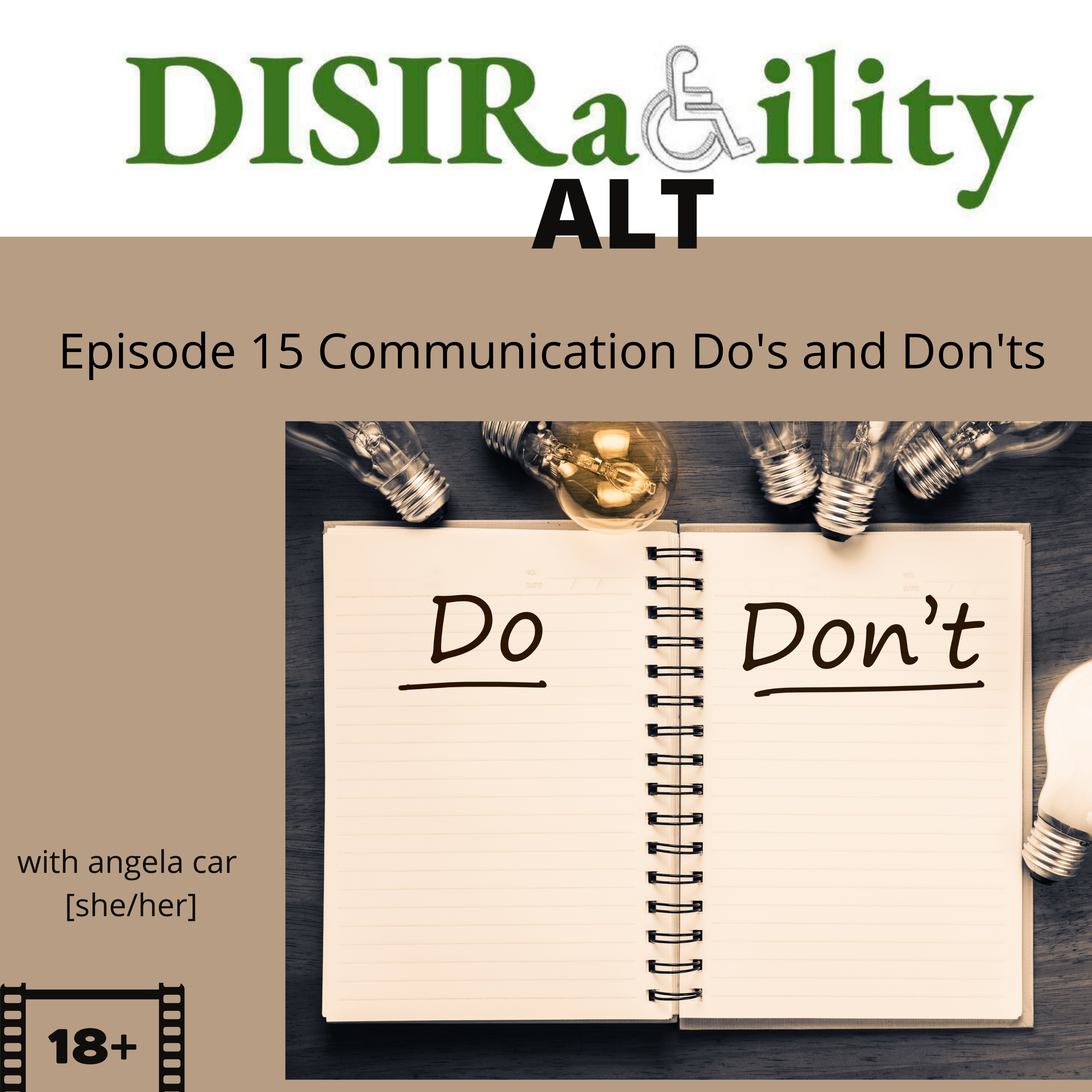 Episode Cover Description [DISIRability logo in green with a wheelchair symbol in place of the letter b. "ALT" written in black underneath. In a light brown background, there is the following text “Episode 15 Communication Do’s and Don’ts” Underneath is a photo of a Do and Don’ts checklist with lightbulbs surrounding it. The text “with angela car (she/her) 18+ is on the left]

Full transcript of this episode can be found at this link:


Brought to you by Angela Car of DISIRability ALT